The Value of stamps


Taken from this link.

A Point of View: Why sales of stamps flourish in tough times 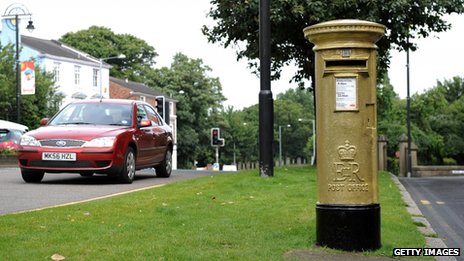 As well as being a risk-free investment that guarantee a real rate of return,
postage stamps provide a unique way for people to insure against
an uncertain future, says John Gray.
Back in April of this year there was a run on postage stamps.
Not the Penny Black variety, which is sought by collectors and sold for large sums at auctions - but the familiar, everyday stamps you stick on your letters. At the end of that month, the price of a first class stamp rose from 40p to 60p, and a second class stamp from 36p to 50p.
The largest rises in percentage terms since 1975 - 30% and 39% respectively - led to people stocking up as many as they could afford to buy.
The window for stockpiling didn't last long, since the Royal Mail rationed supplies to retailers - but one small business owner announced he would buy 10,000 before the rise took effect.
Unknown numbers of people bought extra stamps on a more modest scale.
Those who stocked up on stamps did so for a simple reason- to postpone the impact of the price increase they knew was going to take place. Buying the stamps right away saved them money, and if they bought enough of them they could avoid higher prices for a considerable period of time.

Continue reading the main story
One of the landmarks of the strange new world we've entered since the crash of 2008 is that interest rates on cash are in many cases practically zero. In reality, of course, they're negative, since inflation is steadily eroding the value of any cash you may have saved. Real interest rates - the rates for savers that you see advertised in banks minus the rate of inflation - have been negative for several years.
You can earn a real rate of return by buying high-yielding shares on the stock market, but only if you're ready to expose yourself to the hazard of large losses in another crash. That's a gamble many people are in no position to take - pensioners who have no prospect of rebuilding their life-savings, young people struggling to save up a deposit on a house and the millions who are worried about losing their jobs.
This state of affairs is a result of what has been described as financial repression - the manipulation of markets with the aim of reducing the burden of government debt. Bailing out the banks was necessary to avoid a catastrophic financial meltdown.
Stamps - the face of stability? 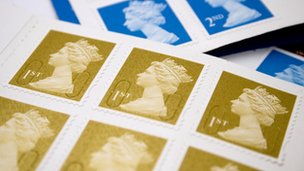 But forcing interest rates down to a level where they are negative for year after year is a kind of slow-motion debt-write-off. This is what was done with the massive borrowings that were run up during World War I, after which exchange controls were imposed in Britain and other countries, stopping investors from moving their money abroad and compelling them to accept negative returns. Whatever methods they use, policies of this sort are an undeclared tax on savings.
That may not be the intention - governments have no reason to want people to stop saving - but it's the inevitable effect of trying to write off debt by means of inflation. Rightly, these policies are resented as unfair, even though their long-term effects are not immediately visible and few people understand how financial repression actually works.
In fact it's not clear that it will work. We're not in the post-war era when economies were relatively closed and capital was trapped. Today it can move in an instant, and some of the recent financial crises come from capital fleeing banks and governments whose solvency is in question.
Continue reading the main story
Again, though it may not be obvious when you're buying groceries, wages and prices in many areas are being driven down by global markets and the internet, and it's not as easy to stoke up inflation as it may seem.
Unless money is printed on a colossal scale and collapses in value as has happened in countries such as Zimbabwe, the hope that today's levels of debt can be wiped away by a dose of inflation may be just an illusion.

Politicians tell you to put aside money for the future, but there

lose value.While we don't know whether financial repression will work,


it's already clear that it's having an impact on the way we live. Politicians

tell you to put aside money for the future, but there seems little point in

Even if inflation remains at low levels, your savings will melt away if the return on them is still lower. Worse, if your income is rising more slowly than the rate at which money is losing value, you'll be getting slowly poorer, like many people today.
Continue reading the main story
In these circumstances, the very idea of retirement is fast becoming an impractical dream. For younger people, this may seem a remote concern. But if you can't look forward to a time when you can enjoy the fruits of a lifetime's labour, what you have in front of you is a lifetime of chronic uncertainty.

There are economists who will tell you not to bother too much about this situation. Old-age pensions, they point out, are a recent innovation, invented - along with the welfare state - by the German statesman Otto von Bismarck towards the end of the 19th Century. In Britain, it was only in 1908 that Lloyd George brought in the Old Age Pensions Act, which guaranteed a minimum income to people who were over 70.
But the economists who point out that pensions aren't much more than a century old haven't told us what's going to replace them. Until the financial crisis, it was assumed private pensions could do the job. That assumed a stable growth in markets which couldn't possibly last. Sooner or later another market upheaval was bound to come. By shifting all the risk of saving for the future onto the shoulders of ordinary people, governments are forcing them to accept a level of risk that only the very rich can afford.
We're moving into a world we find unfamiliar, but maybe this strange new world isn't so new. Anyone who has read the novels of Charles Dickens knows there was a time when most people scraped a living from day to day, with no protection against hardship other than a miserable subsistence in the poor-house.
Far removed from the struggling majority, the rich inhabited a very different world, but even they could be suddenly ruined and end their days in the debtor's prison. Everyone lived surrounded by uncontrollable danger. 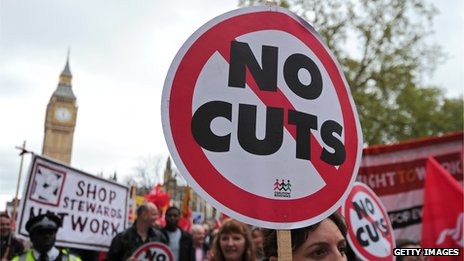 The security that many enjoyed in the recent past is fading from memory
During the second half of the 20th Century, many of these dangers seemed to have been left behind forever. Two world wars and a great depression stirred governments to build defences against uncertainty - policies of full employment and a welfare state, which enabled people to live without fearing that their plans might at any time be overturned by an economic downturn or personal misfortune. Now, as a result of the huge debts that have been left over from an artificial boom, these defences are being scaled back. The relative security that many people enjoyed in the recent past is fading from memory.
We seem to be reverting to an older past in which a mega-rich minority pre-empts much of the profit of any growth in the economy, while the rest of the population has to scramble for whatever they can get. As has been the case throughout much of history, society is being divided into a majority that is destined to remain pinched and struggling and an oligarchy possessed of vast but fickle wealth.
The era in which the middle classes could plan for their old age and expect their children to enjoy the same security seems to be coming to an end. The run on postage stamps could be a sign that some of us are beginning to suspect that the settled life we took for granted may have been no more than an interlude.
Posted by Kiron Manuel at 00:00